Keep Up with ASC > Fear

Are You Still Apologizing For Your Existence? 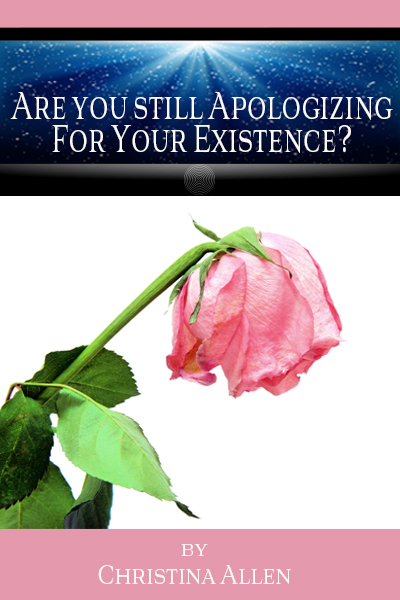 You decide to wear something a little daring today but in your head you hear “Take it off, you will call attention to yourself, what will people think?” But some other voice inside says “DO IT!” So you do, but all the way to work you prepare for all the apologizing you will have to do today. Or maybe you volunteer to do something at work, or in your social circles, that calls the spotlight to you. That voice inside you starts asking who the heck you think you are, and you scramble to find reasons to justify your actions. Maybe you take a stand on a spiritual or political belief that is different from those among you, or perhaps you are just saying “No!” to something that is not right for you. It can even be the way you raise your children. Why must you always apologize?

The fear of judgement, conflict, not belonging, and of losing love makes us quick to retract our self expression. Many of us were shut down as children, and told not to be so loud or sensitive, for example. We were rewarded instead, for being the children our parents wanted us to be. Fearing a loss of love, or a feeling of ostracization, we begrudgingly complied. We will not ever be able to reach for the stars, however, if we are still trying to please an imaginary counsel of naysayers in our heads. When we express ourselves, people who feel threatened by it will judge us, there is no way around that. It is what people do in fear, they judge and control. The work for us is not in kowtowing to the demands of their low self esteem, however, it is in digging out what our fears of expressing ourselves are, and sorting through our own shame. What is it rooted in? 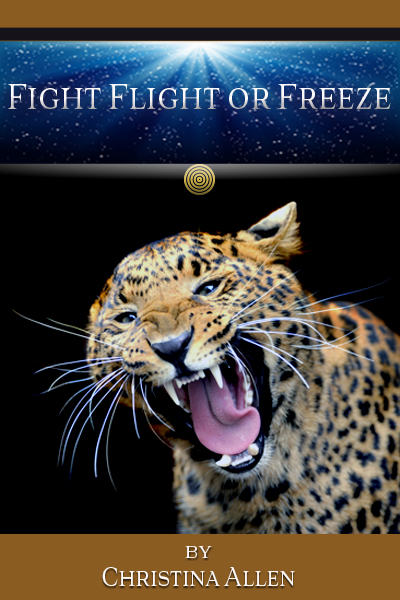 One of the most crippling side effects of being highly sensitive is running high levels of anxiety. Sensitives, or SuperCeptors, are highly tuned to pick up on the nuances of their environments, keeping their bodies forever on alert. They are not the only ones, however. Anyone who has been imprinted by a stressful or traumatic period in their life, also has a brain tempered for further stress.

In the first five years of our lives everyone’s brain is being “tuned” for how it is going to react to the world. If those first years are filled with high levels of stress, we develop a brain prepared for more. Unfortunately, this creates a “trigger happy” stress response ready for danger behind every corner.

The Walls Of Protection

Tags: Isolation, fear, us vs them, True Self

The walls we build around ourselves are the walls that keep us in fear and isolation. They create the illusion of an us... and them... and fill the trenches between the two with fear. Ask yourself what you are protecting by erecting them... chances are it is only a phantom image of your true self, a wisp of smoke caught in a mirror... Your True Self is a part of the whole, it is both the us and the them.

Happy Solstice! This is a powerful time for introspection and planting the seeds for your evolution in the upcoming year.

By all accounts, astrologically, 2014 will be a another year of great flux. Many of us are over the high seas and changing change of the last couple of years... but it looks like for most of us, the ride isn't over yet. As most surfers know waves come in in sets... we are still in the middle of the 2012 shift and will be into 2015. Instead of fighting the chaos, I invite you to get your boards out and ride!

We Are Not Our Our Brother’s Judgments

People judge. It is the intellect's way of protecting itself from threatening or uncomfortable situations. As we awaken we learn to step back from judgement and use discernment instead. Discernment is different from judgement in that there is not an emotionally based classification made, there is just a yes/no evaluation. Yes that feels like the right thing to do, no I don't resonate with that person. We cannot make others stop judging us but we can be comfortable enough with ourselves to not collude with other people's opinions of us. Judgements are not personal, they are made from within the mind of a person evaluating the safety of their environment based on their lifetime of experiences. They have everything to do with the perceiver and very little to do with the perceived. When we collude with their judgements we can lose sight of our uniqueness and strengths and feel the lessor. This often stops us from standing in our light and pushing through our fears. We cannot stop people from judging but we can choose to hold true to ourselves and maintain our course.

Is it Love or An Attachment?

There is a difference between love and our attachments to what we love. Love is like the water in a clear spring fed pool, our attachments are us grasping at it and trying to put it in a jar. Within the jar it is safe and we know where it is; we can take it out and use it whenever we please. But when the jar breaks we believe we lost the love. We haven't. It is still all around us and we can always go back to that pool. It is only the jar that we have lost. It is our attachment to that jar that hurts. Attachment comes from the ego identifying with something and claiming ownership over it. The emotional investment of ownership is not love. The pain of losing is not love. The challenge is to love, truly love, without being attached, to swim in that pool but not need to contain it.

I had the privilege to journey through the 2019 Energy Medicine Certification series with an incredible group of Mesa Carriers. The EMC series was impactful both personally and professionally. It is a commitment. A commitment you make to dive deeper and expand farther. Christina has a way of marring ancient wisdom and ancient medicine with science. She leads the class with confidence and curiosity. If you are contemplating taking this series, please allow this message to serve as your push.