Keep Up with ASC > Emotions 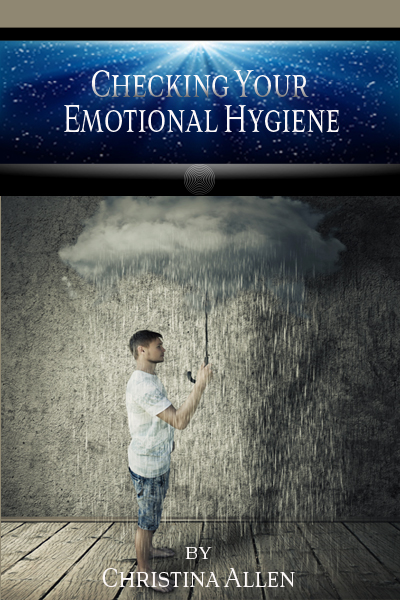 When someone has bad breath, or a skunky body odor, you just have to back up a bit and get out of range. Well, our negative emotions can be just as offensive. Someone who is always complaining, raging, or who puts a negative spin on every circumstance, ends up alienating themselves in much the same way. There are also people who try to control others through their criticisms of them. Regardless of whether there is intent behind these behaviors, no one wants to be caught in someone’s cyclones of pain and manipulation.

Emotions are something all normal people feel in response to the ups and downs of life. They have an energy that is meant to be felt, released, and moved through, as feedback about our circumstances. They are real, and feeling them is healthy. We all vibrate according to the emotional states we are in. If we are sad, or angry, we vibrate at a very low vibration. Alternatively, if we are in holy reverence, gratitude, or feeling love, we resonate at very high vibrational frequencies. The thing is, others feel our vibration, whether we can or not.

Having feelings of loss, sadness, hopelessness and fear are part of the spectrum of emotions.
While they are feelings we want to process and overcome to come back into balance, they are not "shadow" unless we put them there....
Shadow is in NOT owning them in yourself and seeing them only in someone else... and judging them for it.
Behind every judgement is a fear.
Ask yourself, instead, why the expression of these emotions scare you....

After several recent incidents, I find myself wanting to address the difference between expressing real time emotions and having imprints or issues....

Those of us who have learned about imprints in our energy fields have realized that when these imprints are triggered we get derailed into emotions from the past. We realize that to be the best healers, or even friends, lovers and colleagues we can be, we need to look into our own selves and heal these imprint driven issues that keep us from being in the present.

I'm looking at our tendency to place blame and to feel guilt this morning. When things go off course from our neat and tidy plans, or when there is an "accident," we want someone to be responsible for it. It brings up primal fears about our ability to survive in an unpredictable world. We want to find fault. We want to blame someone so we can place our emotions about the disruption someplace. Or perhaps we feel guilty that we "let" let it happen, meaning we blame ourselves. The truth is, S*** happens. Usually it happens to wake us up and make us look at what is out of alignment, or to change our intended course in some way. All of that emotion, directed outward or inward, takes the form of anger as blame. It creates gulfs between people in crisis when they could be bonding over it. Can you let yourself feel the uneasiness of the situation without couching it in "blame"? Do you need to direct those emotions somewhere or can you sit with the discomfort of them?!

Is it Love or An Attachment?

There is a difference between love and our attachments to what we love. Love is like the water in a clear spring fed pool, our attachments are us grasping at it and trying to put it in a jar. Within the jar it is safe and we know where it is; we can take it out and use it whenever we please. But when the jar breaks we believe we lost the love. We haven't. It is still all around us and we can always go back to that pool. It is only the jar that we have lost. It is our attachment to that jar that hurts. Attachment comes from the ego identifying with something and claiming ownership over it. The emotional investment of ownership is not love. The pain of losing is not love. The challenge is to love, truly love, without being attached, to swim in that pool but not need to contain it.

We can not control the world... only our reactions to it.
It is a prescription for victimhood to make the world responsible for our emotional well being... it very unlikely it can comply with our demands.

To remain in our power and grace we must learn to navigate our own discomfort and find ways of transmuting fear, pain and anger into understanding and compassion, creating as few ripples outward as possible.

I attended your Dying Consciously class, and want to pass on how wonderful the class was for me. First of all, I felt comfortable opening up to your instruction and guidance, which has not so easily done before. Second, I've gone further in the spiritual realm than ever before. Glad you are here, and I look forward to all you have to offer!