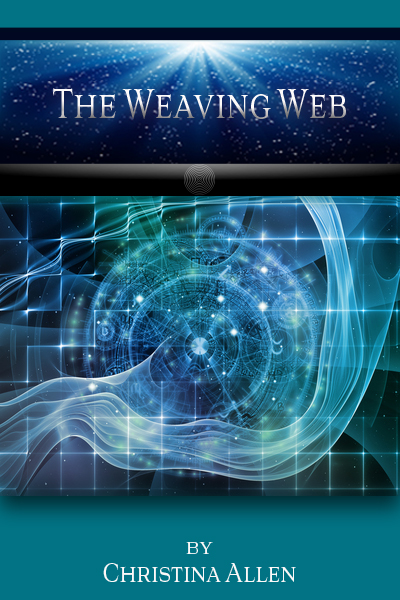 Central to the beliefs of all indigenous cultures is the concept that Nature contains within it a web of consciousness that connects all things. In the Mayan, Hopi and Navajo tribes the weaver of this web is Spider Woman. From her belly she spins threads of conscious thought and crystalizes them into form. Each form then holds within it the awareness of all creation and a connection to all things. The indigenous cultures therefor listen to the trees, the rocks and the wind for guidance.  They also know they have the wisdom of Nature within them. “The bear am I” they say, “The canyon walls, the salmon, the stream am I.” Nature contains the wisdom of the whole within it. They know that the flap of butterfly wings today can become a hurricane tomorrow and when they are in right relationship with the butterfly, the storm subsides.

In our Western culture we turn to scientists for information about our physical world and priests and psychics for information about our spiritual worlds. These two sanctions  have stood divided for centuries. Because Scientists have the laborious task of proving things to be true by logic and measurement, they have only recently stumbled onto the possibility that Nature is indeed conscious and connected. The “new science” brought forth in the 1940’s for subatomic events, Quantum Mechanics, showed that if you look deeper than the surface of things there is a conscious matrix linking all matter together. Until then scientists believed this space was entirely empty. Because this was a highly unorthodox perspective in the world of Newtonian physics, experiments were preformed in the 1970’s to see if matter was, in fact, able to communicate with itself over large distances. It was found that indeed it was. Because nothing travels faster than the speed of light, and these communications happened faster than any signal by light could have been sent between them, scientists are having to concede that there must be some kind of conscious matrix already in place that connects all things.

While scientists scramble to find a mathematics that can unify all the physical laws we have so far defined within the universe into one grand Unified Field Theory, the indigenous shamans have been applying these concepts for thousands of years. They know all things are created out of the energetic and that it is consciousness that crystalizes the energetic into form. They know that the power to dream the world into being comes from within and if we are to manifest our dreams, instead of nightmares, we must become conscious of what it is we are dreaming.

The path of the Shaman, like the path of the Yogi, was once considered a long solo spiritual journey only a select few embarked upon in a lifetime. Both are paths to self awareness that lead back to owning the divine nature within. Neither path requires one become a Shaman or a Yogi, they require you clear the muck from your perceptions so you create, not from fear, but from the joy of your essential Nature.

In these times of upheaval it is important to remember that we are from Earth and everything we do affects her. There is no doubt that she will survive us, she has seen many changes in her time. The question is, will we? All the science and all the indigenous wisdom point in the same direction. We all are connected. We all are part of a delicate weaving that weaves itself. Our part starts with owning that we too are Master Weavers and that this chaos is our creation. As science and spirituality come back together again we must reclaim our connection to our Divine Nature directly. When we are in right relationship with the Earth again, these storms too will subside...

Christina helped me with my recurrent low back pain and generalized low-level lack of life force and after just two healing sessions. She is an excellent shamanic energy healer, and her compassion and understanding are wonderful. I am greatly impressed with the effectiveness of this type of deeply healing medicine. Western allopathic medicine has little effective treatment for many chronic diseases and symptoms. Many, if not all, chronic conditions have non-physical/spiritual/energetic components which need to be addressed. Despite this, many physicians unwittingly try to treat these conditions in a variety of ways, often with adverse or negative results. I heartily recommend Christina Allen with no reservations!