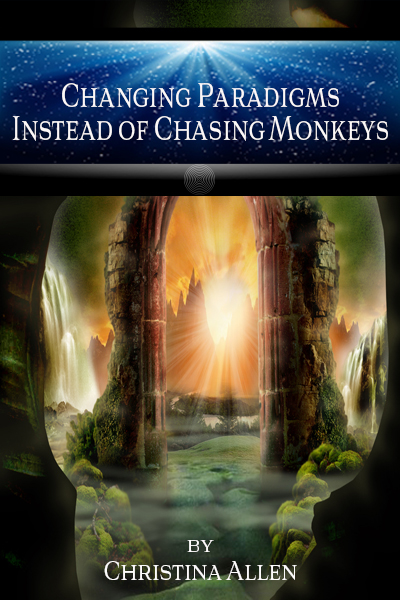 Interestingly, just as there is no good energy nor bad energy in physics, the same is true from the perspective of the Andean mystics. They speak of the conscious energy kawsay as the basis for all of creation. Everything is made of it. In its natural state it vibrates at a very high frequency. When it hits the conflicts of the human psyche, however, it slows down. The human mind is fraught with contradictions created by our efforts to “be someone.” In the Andean cosmovision morals are important as a code for proper behavior, but there is no moral overlay on the energetic domain. Good and evil exist only within human hearts, and minds, not as independent principles.

Sami slows down when it hits internal conflict, becoming denser. This slower energy is called hucha. It isn’t dark, negative, or evil, nor is it transmittable. It is just slow, dense, and a symptom of inner conflict. It has no independent directive. It isn’t powerful in any way, except, that as it collects on our energy fields, and in our bodies, its sluggish nature eventually makes us sick. All the energy medicine practices of the Andes revolve around either removing this hucha or speeding it back up again. Their personal practices of authenticity and integrity are therefore their preventative medicines. They realize they are personally responsible for their own well being. When we are consistent with ourselves, outwardly expressing who we are inside, we create no shadow, and therefore no hucha. The less hucha we create the more in coherence we are with the creative force, and the more powerful we are in our ability to co-create with it.

Alternatively, many people in our culture believe the more spiritually powerful we become, the more external darkness we attract. This imposes a victim mentality that undermines our personal power, creating hucha. We learn to seek protections and prepare ourselves for battles with a dark external unknown, instead of standing in the neutral light of what we’re made of, the energy of creation. Have we not outgrown these old wars?

Often it’s actually our paradigms that need to shift, for us to truly claim our health and power. A fish doesn’t notice the quality of its water when it gets sick, only that its gills aren’t working well. Pulling ick from its gills is much different than teaching it how to keep its water clean. What if we all focused on honing our state of integrity and taking responsibility for the hucha we create, instead of chasing external monkeys?

My journey with Christina started when I was in the midst of what Western medicine called Crohn's DIsease, when, through a series of synchronicity, I came upon her medicine. Largely thanks to Christina’s holding her healing space with such deep integrity, I was able to cure myself. Since then we have continued to work deeply and my life has continued to shift in equally profound ways. Whenever there is something that I need assistance with, she is the shaman I call. Thank you Doña Christina!