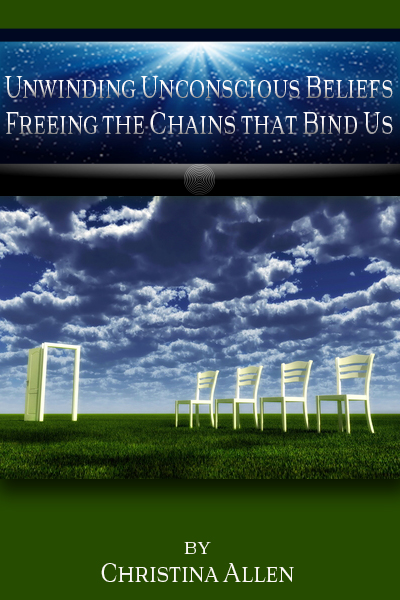 The Law of Attraction tells us we attract what we think. Many of us go to great lengths to think positively, intending to attract that perfect someone, job, car or house – but when we have unconscious limiting beliefs running beneath the surface of our conscious ones, they derail our positive intentions. We can tell ourselves we matter and deserve the very best but if we have unconscious programs from childhood lurking in the shadows, telling us we are bad, undeserving, forever a victim or must be punished, we can chant affirmations until the cows come home but we won’t manifest our dreams.

Shadow
Pioneering psychologist, Carl Jung, termed the parts of ourselves, good and bad, that lay unclaimed within us as “shadow.”  Our limited and unconscious beliefs act as the chains that bind these parts and keep them hidden, even from ourselves. The only way we see them is if we project them outward onto other people and circumstances. Because we cannot see them it is very difficult to access and heal these parts without help. We know they are there, however, because we are locked into destructive patterns and illnesses, unable to claim who we want to be. 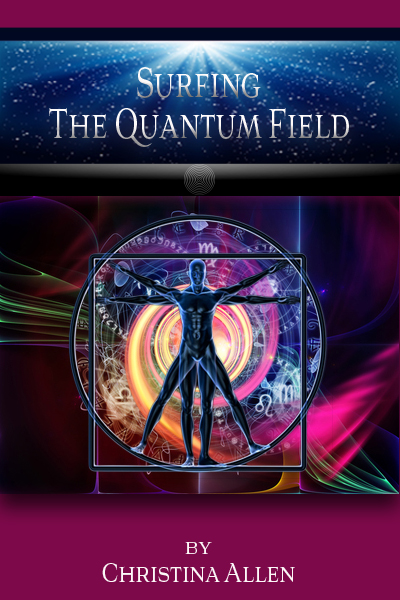 Remember when Bones from the 1960’s Star Trek used to run a little scanner over his patients? Not only would he know what was wrong with them, but the scanner instantly fixed the problem – healing happened quickly and miraculously. We all thought, “Yeah, this is the future of medicine!” Instead, we stayed mired in the rigidness of Newtonian physics. By this I mean our biomedical research has been focusing on causes and effects not possibilities! We built larger more expensive machines to detect and analyze our symptoms and created stronger target specific medicines to relieve them. But this is all cause and effect thinking. If we want to radically change the way we do medicine we need to step out of fate and into the Quantum Age. Instead of looking at patients like Isaac Newton would, as rigid predictable statistics, doctors could be thinking like quantum physicists and realizing our future has many possible outcomes. The shamans of old know this and journey into our future to manifest our healed state just by seeing it!

Imprints, Bubbles and Strangers on a Bus 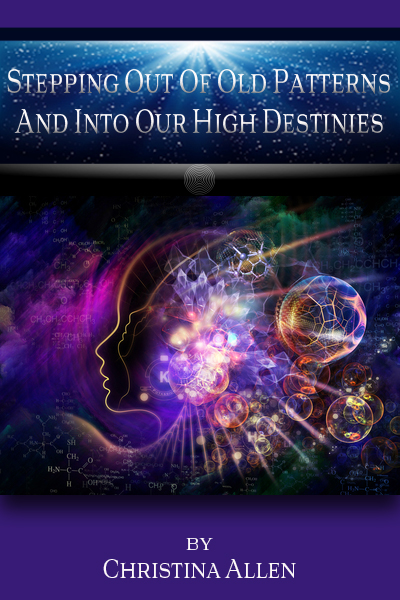 When we go from zero to one hundred on an emotional scale in seconds – over something seemingly benign like an inconsiderate driver, the indifference of a cashier, or a mildly insensitive comment from a friend, parent, sibling, or spouse – we’re not losing out monds. Or perhaps we’re caught in destructive emotional behaviors like addiction, depression, or anxiety that we seem powerless to resolve. We may feel crazy, but there’s often a very simple explanation. An imprint was activated in our energetic field.

The LEF
Each of us lives within a luminous bubble, or light energy field (LEF), that surrounds our physical body. This field is fluid, sensitive and intelligent. You know you have one because when a stranger on the bus sits a little too close to you, you find yourself scooting away. In Nature this field expands out to about 3 feet in all directions from our physical body. On the bus we may pull it in within centimeters from our skin, especially if the person we are seated next to feels particularly creepy.

2008: The Year of Infinite Possibility

Most of us plod along through our normal everyday lives on a predictable track of probability. Warped, molded, tempered by our reactions to the past, we march steadily toward eventual death. But the shaman insists on possibility, not probability! Her job is to shift us out of the old stories and limiting beliefs that lock us into suffering and disease. Through Soul and Destiny Retrievals she gifts us instead with the wings of infinite possibility.

Shamans:  The Applied Physicists of the Spirit World

As a physics major in the 1980’s I wrote my senior thesis on a little caveat in Quantum Theory called ‘non-locality’. No one was talking about it at the time; in fact, most of my professors told me to forget about it — it was just a mathematical anomaly. But there is something intuitively fascinating about non-locality. If you look into it, past the math and into what it suggests, it shows the entire universe is connected and exists outside of linear time.

"Christina Allen...The Healers Healer!
Masterful are her gifts, her talent, her skill set. Always working with the highest level of Integrity. Always helping me to clear my path forward".

Christina has assisted me on my path of Enlightenment and healing for the past 5 years, both as teacher and healer.
Recently, I came to Christina to help solve a year long odyssey of my unexplained hair loss.
We've done much work together over the years, always with a profound outcome, but this latest session was over the top!
She found the link, in the midst of deep shamanic work, that was associated with my 10 year old breast implants (which had never been a problem)!
The information IMMEDIATELY resonated with me.
There is a modern illness I had never heard of (nor had Christina!), even though I had been through the medical system with numerous doctors, blood tests, hair analysis, etc.
It is called BII, Breast Implant Illness. A condition with many symptoms, hair loss just being one of them.
I have since done my own in depth research, have had the implants removed and I am feeling great, on the road to recovery!
I am still in awe......
It was an AMAZING discovery, through Christina Allen's AMAZING work!
I am so grateful for her integrity, her compassion and her true dedication to wellness....... physically, emotionally and spiritually!
I am proud to call her teacher, healer, friend.