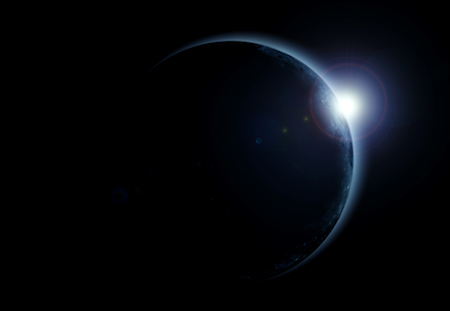 As most of you know, there will be a Solar Eclipse happening, midday in the USA, Monday, August 21st, 2017. The source that sustains our life-force on the planet will be temporarily out of reach, as the moon passes between us, blocking out its light. Energetically, there is considerable power in an eclipse event. The brief period of darkness that it creates is thought to create a portal, or energetic gateway, between the worlds. It is a time where we have greater access to the powers of Creation, so it is a great time to harness those energies in ceremony.

Ceremony is a way of working with Creation at its base level, and interacting with it to create an outcome. In Ceremony we are acting as co-creators and adjusting the blueprints that underlie our reality construct. Creation is an ever evolving expression of the collective consciousness we are all a part of. Who we are, what we believe, and how we feel about it, all contribute to its existence. Anyone can do ceremony, it just takes initiative. All you really need is your intention, or dream, and a way to access the energies of creation.

There are truths we just do not want to speak aloud. Sometimes we think they will hurt someone, so we lie. Other times we do not want to face the consequences of an action we took, or who we are for taking it. Alternatively, we want something, like a job or a date, and we aren’t going to get it if we tell the truth. And then there is the lying by omission, things we don’t admit to, to keep the peace. “Speaking your truth,” is more about finally expressing an opinion than it is negating the truth. This is about honesty. While some lies are white, others grey, some lies are bold faced black lies. Whatever the color is, it creates shame within you to tell it. Like clouds of yellow smoke, this shame sits between you, and yourself, tarnishing your honor.

Telling the truth takes courage. People’s feelings might get hurt, or we might not look good. We may tell ourselves we will tell the them the truth later when they, or we, are stronger and can handle it. Bonding, however, occurs through having true and authentic exchanges. When we lie to someone so they will still love us, or feel better about us, we can no longer trust in that love. It is a reality braced by the scaffolding of lies. We want a person who accepts who we truly are, warts and all.

I had the privilege to journey through the 2019 Energy Medicine Certification series with an incredible group of Mesa Carriers. The EMC series was impactful both personally and professionally. It is a commitment. A commitment you make to dive deeper and expand farther. Christina has a way of marring ancient wisdom and ancient medicine with science. She leads the class with confidence and curiosity. If you are contemplating taking this series, please allow this message to serve as your push.