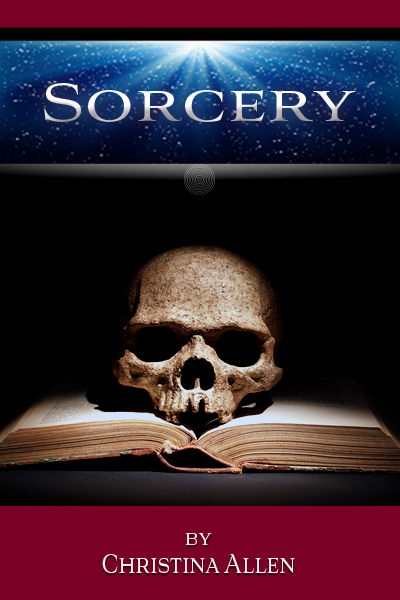 Sorcery is the darkness that thrives in the shadow of Shamanism. While shamans use their powers to heal, sorcerers, like Darth Vader, take that same wisdom and turn it inward for personal gain. The sorcerer can make an enemy suddenly sick or curse a family for generations. They thrive on having power over others because their wounds drive perceptions of their own shortcomings. Our emotions tune our vibrations. The essential differences between the sorcerer and the shaman, then, is simply the nature of their intent.

In the days of old sorcery and shamanism were often entwined. Using shamanic wisdom to do harm to another was an acceptable form of survival between waring tribes. As humans have evolved many have come to recognize that having power is a responsibility that comes with a set of ethics and a code of honor. There is difference between having power and having ill will. Today’s shaman believes evil lives in the hearts of men and women, not as an independent principle.

Imagine if in your high school chemistry class you would have been taught the Chakra System along with the Periodic Table of Elements. In your biology class you were taught about your energetic body along with your anatomical body, and in your health class you were taught "the facts of death" along with "the facts of life". And imagine your school counselor giving you an interpretation of your aura along with an interpretation of the results of your Strong Campbell Interest Inventory and Myers Briggs tests. If this had been your high school education, then Christina's class in "Dying Consciously" would simply be the next natural progression of your education instead of your initial exposure to this terminology or concepts.

This class is for those who are aware "you don't get out of this world alive". This is a hands-on class, which offers you the opportunity to work at the energetic level with someone you just met, but with whom you find an immediate connection after the first exercise. You need to be prepared to share your life with strangers who feel like lifelong friends. You will learn steps to take to facilitate the dying process.
The information presented in this class affirms death and reinforces life. I will be taking this class again.