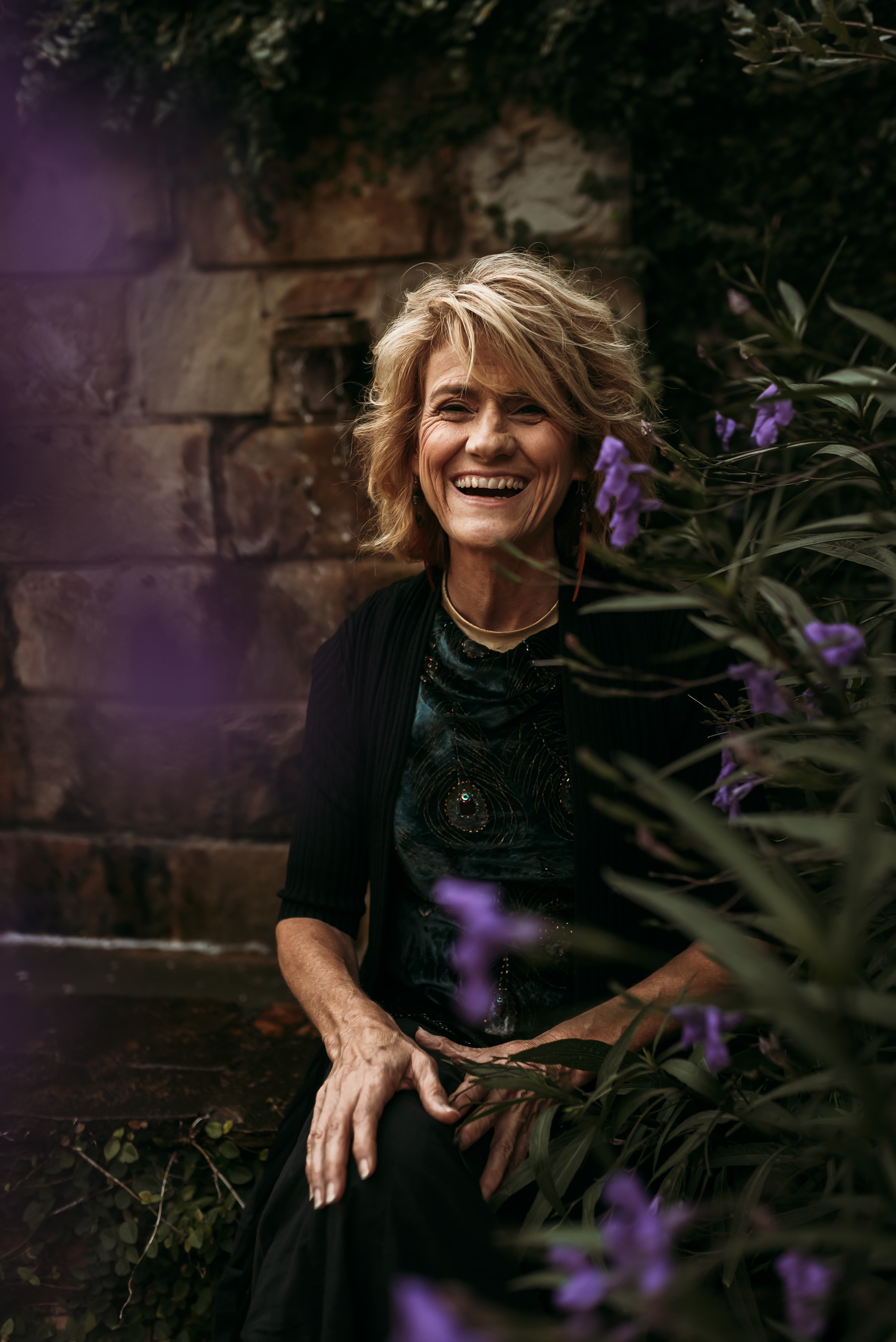 In her adolescence Christina followed her interest in the interplay between matter, consciousness, and energy through her readings on the Vedics of India, Taoism from China, and Shamanism from the jungles of Mexico. She was compelled by some inner drive to work at this level of mystery and she was also trying to make sense of a traumatic childhood. She has been engaging at this interface ever since, mixing traditional teachings with western thinking.

Her undergraduate training was in Physics at the University of California, Santa Cruz, followed by a PhD program in Neuroscience at the Salk Institute, through the University of California, San Diego. Her spiritual studies started in earnest four years into her graduate degree, when with the death of her mother she realized that as the body dies, there is a level of consciousness that remains in tact. Knowing she could only study consciousness within her degree program as a product of the neuronal connections within a physical living brain, she bravely left academia, with her class work and research complete but her dissertation unfinished, and she answered her soul’s calling. She knew the next step in her journey was to continue her studies from outside the conventions of the more limited scientific paradigms she was limited by in academics, to leave the traditional laboratory setting, but to still answer to the discipline of scientific inquiry. By apprenticing with renowned Spiritual Masters of Yoga, Reiki, and Shamanism she has now spent over 30 years integrating the power and wisdom of ancient indigenous Energy Medicine pracices with her studies of physics, biology, psychology, and neuroscience.

As a former owner of and instructor at the Blue Raven Yoga and Healing Center in the San Diego area, and as an associate professor at California State University San Marcos, Christina taught Hatha and Ashtanga yoga for 13 years. She began her formal shamanic studies within that time under the guidance of psychologist, medical anthropologist, and shaman Alberto Villoldo at the Four Winds Society. She remained at the Four Winds for a decade, apprenticing as an assistant, and eventually teaching for him as a Lead Teacher. In this capacity, Christina worked with students from around the globe, teaching the practice of Energy Medicine across the United States and into Mexico, while also leading trips to Peru to work with the Q’ero paq'os, or shamans.

Since leaving the Four Winds, Christina has taken her studies with the Andean energy medicine even deeper, studying the more traditional teachings of Juan Nuñez del Prado and Ivan Nuñez del Prado. Her initial guidance and tutelage of their work came through Joan Parisi Wilcox, who then introduced her to don Juan and don Ivan. All four of them have spent many hours in profound conversation, delving into the deeper nuances of the Andean energy medicine and discussing how to teach it in its traditional form at the" Fourth Level." Christina now teaches the traditional Andean teachings, as they were originally taught to don Juan, to keep this form of the wisdom alive. She does integrate her 20 plus years experience as a shamanic healer and her scientific wisdom into these teachings, when they are complimentary. She also goes beyond these teachings and employs all she knows about about neuroscience, shifting states of consciousness, psychology and working with the energies of creation into her one-on-one healing practice and in her Energy Medicine Certification program teachings.

Christina started the Austin Shamanic Center in 2013. Through Christina’s leadership, published articles and writings, shamanic healing and integration practices, training workshops, and sacred journeys, and podcast interviews, she has helped empower many individuals and groups, helping them reclaim their personal integrity and intuitive gifts as they raise their level of soul consciousness. Her aim is to contribute to the global community of grounded, authentic, fearless human beings who can step up to hold the door open for the evolution of human consciousness, and it is to be of service to humanity in general, in its many different forms.

Christina is an intelligent, knowledgeable, wise, and truly gifted teacher and shaman. I found her classes deeply inspiring and very healing. As a medicine person, I seek teaching from those who truly walk the path of medicine. She truly does. She is committed to the healing path with all of herself, and exemplifies the way of the shaman. As a teacher, she is also lots of fun, and makes the lessons come alive with her enthusiasm and wonderful sense of humor. She is a delight in so many ways. I am so grateful to have been her student.